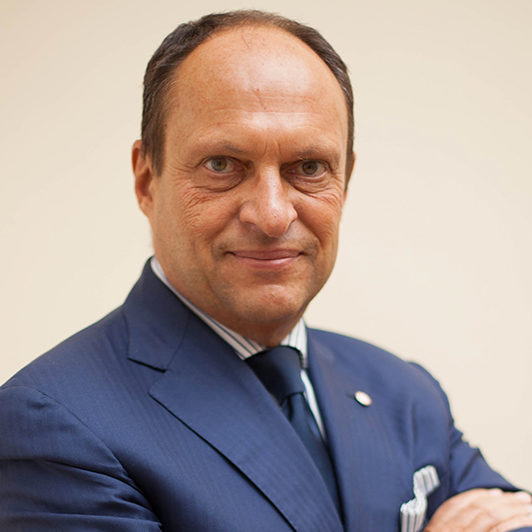 Co-referent of the “Working Group 231” at the Order of Chartered Accountants and Accounting Experts of Turin-Ivrea-Pinerolo, for which he edited both the edition of E-Book 6/2011, on the occasion of the direct MAP of 09/22/2011, and the edition of the manual “Organizational Model Legislative Decree 231 and Supervisory Body”, Eutekne 2013, now updated in October 2019. Member of the “Corporate Controls” area and of the “Anti-money laundering” area of the Order of Chartered Accountants of Turin-Ivrea-Pinerolo. In the professional field, he mainly carries out his activity in the field of tax and corporate consultancy, both national and international, holding the office of Chairman of the Board of Statutory Auditors, Auditor or Sole Auditor in many companies. These include the companies Basic Italia S.p.A., Basic Village S.p.A., Basic Air S.r.l., TOS S.r.l. of the Basic Net Group, whose parent company is currently listed on the Italian MTA and of which he was Chairman of the Board of Statutory Auditors until April 2016, Michelin Italia SpA, the consortium company for shares “Ecopneus ScpA” (owned by the main tire manufacturers in the world and from the main Italian retailers for the disposal of end-of-life tires), the company ITW Italy Holding srl of the multinational group ITW-Illinois Tool Work Inc., a company listed on the New York Stock Exchange, Sumiriko Italy SpA (now owned by the Japanese Sumitomo Riko Group, listed on the Tokyo Stock Exchange – in which he also is Sole Supervisor), Suzuki Italia S.p.A. (wholly owned by Suzuki Motor Corporation, listed on the Tokyo Stock Exchange – in which he also is member of the Supervisory Board), Casco Imos srl (Sequa Group, listed on the New York Stock Exchange), “Autoliv Italia SpA” (of the Swedish multinational group Autoliv Inc.), the “DB Cargo Italia srl ” (Joint Venture of the Deutsche Bahn Group – Berlin and Ferrovie Nord Milano SpA – in which he also is member of the Supervisory Board), as well as its parent company “DB Cargo Italy srl”,”Isolpack SpA”,”Ceria Immobiliare SpA”, the “Agenzia di Pollenzo SpA”, and the companies “Betaclub Srl” and “Clubitaly SpA” (Tamburi Investment Partners group – TIP SpA, listed on the Milan MTA). It also collaborates with specialized magazines in the sector, publishing articles on both tax matters, civil law and on the administrative responsibility of companies and entities. Executive Vice-President of Assofiduciaria – Trade association of Italian trust companies, representing professional trusts not registered in the Register pursuant to art. 106 of the TUF, and Chairman of the Board of Directors of “Assoservizi srl”, a service company wholly owned by Assofiduciaria. This office in turn derives from the office of Chairman of the Board of Directors of “Torino Fiduciaria – Fiditor s.r.l.” based in Turin, a position held since June 23, 1982. He held the office of statutory auditor in “Torino Calcio S.p.A.” from 1982 to 1987, later becoming Director until 1992 and thus maintaining specific competences also in the field of football clubs and law n. 91 of 1981. In 1997 he was also a lecturer at the training course for sports directors at the F.I.G.C. in Coverciano, as well as the course on the same subject organized, for two consecutive years, by the Faculty of Law of the University of Salerno. Since June 1998 he has been part of the “Enrico Gustarelli Study Group for business taxation” at the Bocconi University in Milan, where I currently hold the position of Vice-President. Member of the Editorial Committee of the journal “Financial Instruments and taxation” of the Bocconi University, published by Egea. Fluently speaking both English and French.